On Thursday 23rd November 2017, Northern House Solihull Key Stage 3 football team competed in a 7 a-side Charity Tournament hosted by The Indoor Futsal Arena in Birmingham. 15 schools entered (from across the Midlands) and the event was a great opportunity for all to demonstrate skills, teamwork and sportsmanship, whilst supporting a very worthwhile charity.

The group games started extremely well for Northern House Solihull with three successive 3-1 victories over Aston Manor B, Brades Lodge A and Northern House Wolverhampton. Following a short break we seemed to lose a bit of momentum and thanks to a last minute equaliser from Tayzhon we managed to remain undefeated (1-1 vs Rosewood) in our first four fixtures.

The toughest test was yet to come as we faced High Grange a team that were also unbeaten and had been very impressive. Northern House came flying out of the blocks and showed that they were up for the challenge.

Goals from Kaine and a brace from Tayzhon put us in a great position to win the game and the group, however, High Grange realised that they were in a game and had to rise to the high standard that we had set. To give credit to them, they stepped up their game and scored five quick goals. Although Northern House was disappointed with the result they respected that the opposition was a bit stronger on the day and shook every players hand at the full time whistle.

Still in a good position to finish second, (in the group of 7) Northern House faced Kingfisher School. Kaine scored four goals and Shaun scored one, plus J.Jay kept a clean sheet to complete the group games with an impressive 5-0 win.

In the play-off game we played Keyham Lodge. We were narrowly defeated 2-1 in a tight game that could have gone either way.

All in all a brilliant day, thoroughly enjoyed by the squad consisting of:

Tayzhon awesome work rate and amazing feet on the ball, scored five goals, Alfie reliable and calm, Harley always put 100% into his time on the pitch, J.Jay kept us in games at crucial times with some assured handling and positive distribution

You truly are a credit to Northern House.

Special thanks; to Luke Cato (competition organiser) an outstanding event and a joy to be a part of, Mr Lloyd and Mrs Reilly for your support on the day, without staff commitment like yours, we cannot attend these successful events that are so important for the youngsters to experience 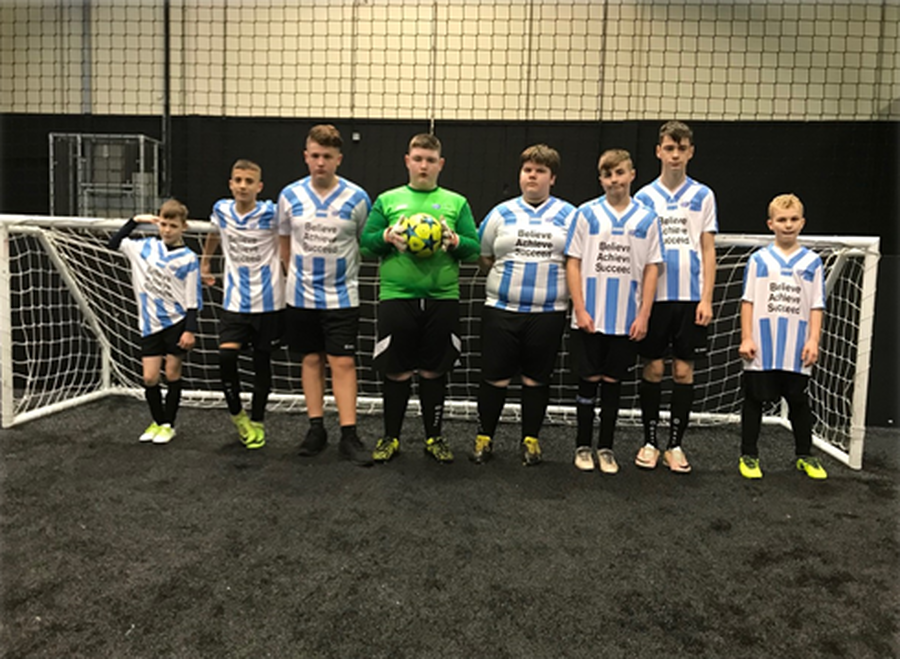